This is our long overdue update! Thank you all for your patience.

On Sunday, February 12th, Black Young Professionals of Metro Detroit held a viewing of I Am Not Your Negro at the Main Art Theatre in Royal Oak, MI. I Am Not Your Negro is a documentary style film based on an unfinished novel by James Baldwin entitled  “Remember This House.”

This film, directed by Raoul Peck, takes viewers on a ride-along journey with Baldwin through key locations during the Civil Rights era. Throughout this journey Baldwin describes himself as a witness. Along this ride he follows and describes the lives, differences, parallelisms, near convergence, and untimely deaths of three key movement leaders of the time: Martin Luther King Jr., Malcom X, and Medgar Evers.

Our goal for this event was to promote this little-known and woefully under-marketed true story of those who came before us. Unfortunately, I Am Not Your Negro premiered in the shadows of the critically-acclaimed hit, Hidden Figures., so many were hard pressed to see #IAmNotYourNegro dominating their Facebook timeline. Instead, I Am Not Your Negro aimed for the Black Twitter intelligentsia.  This movie would open the eyes of young Black professionals to the realities of leadership during such a harsh time, and brings to question why Blacks are looked down upon by Whites. It would also produce a wave of awakened awareness of James Baldwin on the current generation.

Immediately following the viewing, we held a discussion session in the theater with all the participants who came to see the movie. This included over 130 members, followers, and guests of Black Young Professionals, and an estimated additional 50 moviegoers. Our discussion was facilitated by Detroit Revitalization Fellows Terryn Hall and Kalisha Davis. The focused on trading thoughts and interpretations on what what messages the audience believed the movie giving to us. Some felt there was messages for Blacks, others believed the message was for Whites. Many believed, there were messages for both. Audience members also shared their extended views on what the movie tells us about the parallels of the 2015-2016 #BlackLivesMatter movement to the issues of protesting and progress in the 1960’s.

Powerful messages were given from key community members in attendance, as well as personal testimony from young Black professionals who had experiences to share.

We hope you were in attendance at this powerful group event. If not, check out our pictures below, and be sure to see the movie on your own and meet us at our next movie viewing!

We would like to thank the gracious management and staff at Landmark Main Art Theatre in Royal Oak for working with us to make this event happen. Their managers helped us layout and use the resources the theater had available to the maximum. The staff worked tirelessly to support the influx of people Black Young Professionals brought out on that cold Sunday! Check out their website at https://www.landmarktheatres.com

More information on the film I Am Not Your Negro can be found at http://www.iamnotyournegrofilm.com 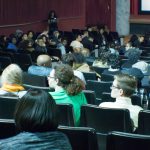 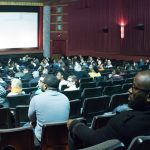 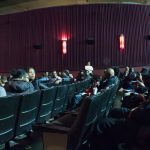 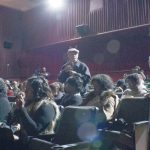