Skip to content
Home » Blog » Events » Events Past » ‘Get Out’ Soulcial 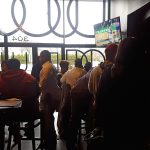 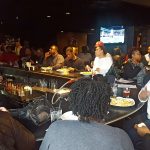 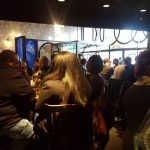 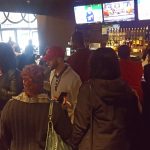 On March 25th, Black Young Professionals of Metro Detroit partnered with Soulcial Scene to put on a causal viewing and discussion of the movie Get Out in Southfield, MI.

The movie, Get Out, is the first piece written and directed by Jordan Peele, and has garnered much critical acclaim soon after it’s release. Peele is a biracial actor and comedian turned filmmaker whose debut movie has already broken a couple box-office records.

We won’t attempt to critique or go into the depths of the movie here. However, we must say Get Out was special to us because it took a unique approach to highlighting and exposing the most prolific of racial social issues in the United States through the script of a Horror film. It’s pretty clever, and no punches were held. Sometimes you want to laugh, but it’s not meant to be funny. The storyline plays out classic examples of various modes of white superiority complex, Black intuition, and many hidden messages.

Following the film’s viewing, we held a open discussion at Black-owned DUO Restaurant & Lounge in Southfield. Over fifty of Metro Detroit’s young professionals joined us for an afternoon of organic and engaging socialization and discussion over topics of substance for over three hours. That’s what Black Young Professionals is about.

Thank you to everyone who came out and supported another Black-owned business.

Learn more about the movie Get Out here: getoutfilm.com

We would like to send a sincere Thank You to Duo for opening their doors for us!